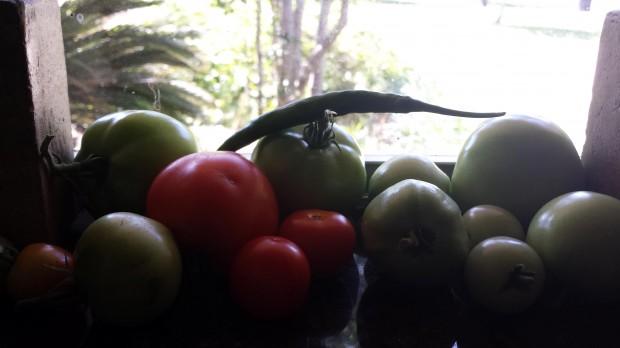 Garden update: I don’t want to jinx anything, but my tomato plants were getting pretty heavy with fruit. So, as much as I love vine ripe tomatoes, I harvested some and have them ripening in the kitchen window.  Pictured above: Half my haul. And also? A cayenne pepper. There’s plenty more where this came from. 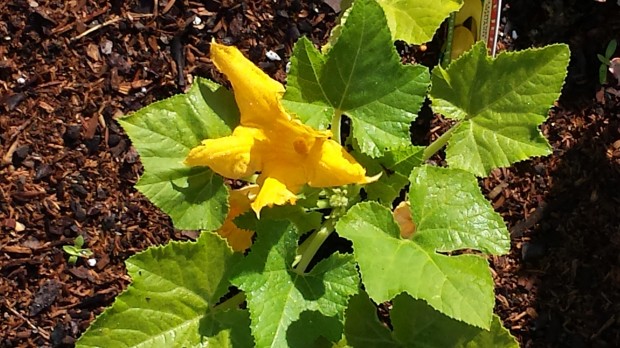 Another dispatch from the “not to jinx anything” department: The season’s first squash blossom. In my previous house, I tried to grow summer  squash, but never made it very far because of this strange wilt disease that hollows out the stems of the plant and leaves a fungus on the leaves. Once that happens, you can kiss the whole plant goodbye. I saw the first signs of this menace yesterday and treated it with Neem Oil. So I’m hoping that does the trick. Knock wood. If you have any tips on how to foolproof ways to keep wilt disease at bay, please let me know in comments. 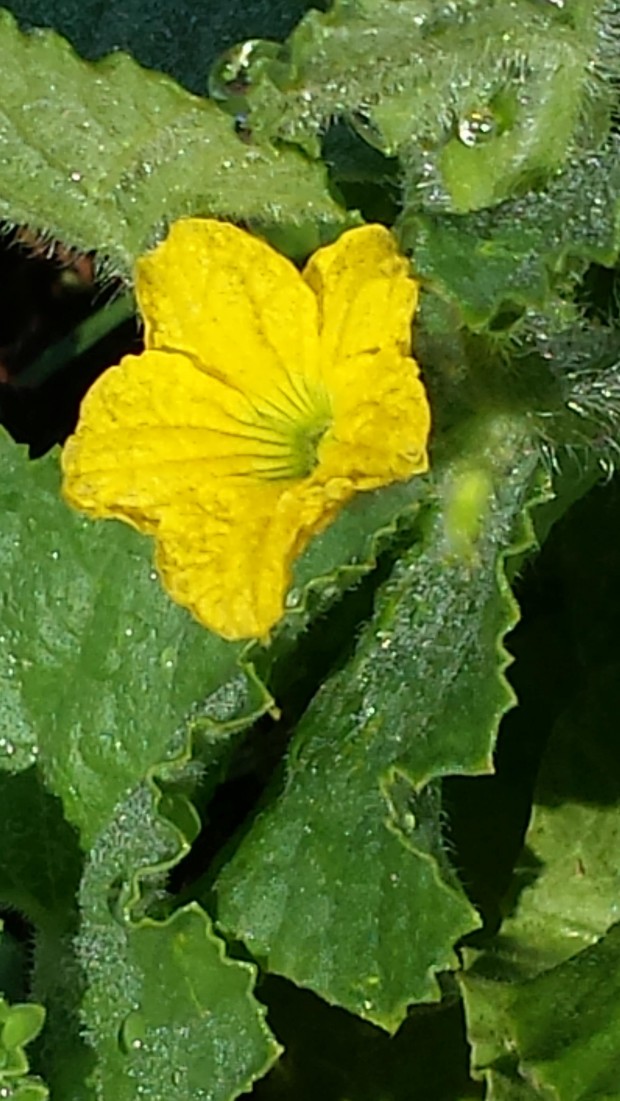 There’s a similar wilt disease that attacks cantaloupes. But I’ve been working hard to prevent it, too. I have three cantaloupe plants growing along the garden fence and two more that I’ve tried to start from seed. I’m hoping that I’ll have nice, honey-sweet melons within the next couple of months. 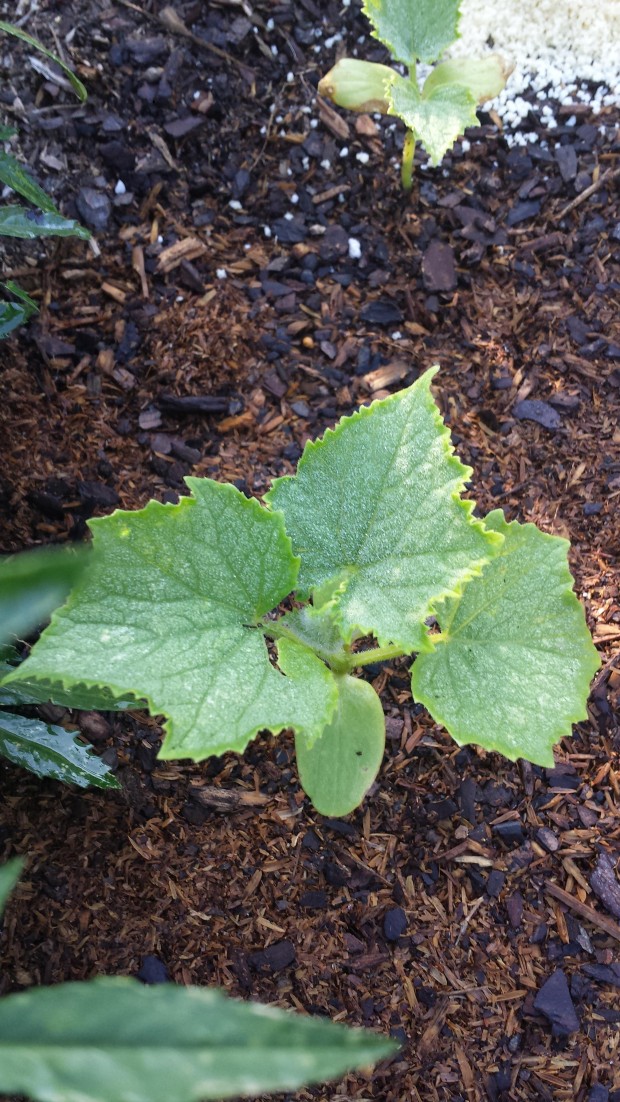 Although that same stinking wilt disease attacks cucumbers, I’ve had far more success growing these in the past. As much as I love fresh tomatoes, I have to say that nothing beats a freshly picked cucumber in the summer months. I’ve got three varieties growing in my garden now: a seedless, snack-sized variety; a larger variety known as a Marketmore; and a long green improved cucumber from the Thomas Jefferson Center for Historic Plants. In the background, you can see organic pellets for fighting off red ants. This is the second time I’ve been under siege in the past month. Those little you-know-whats need to find another vegetable garden to invade. 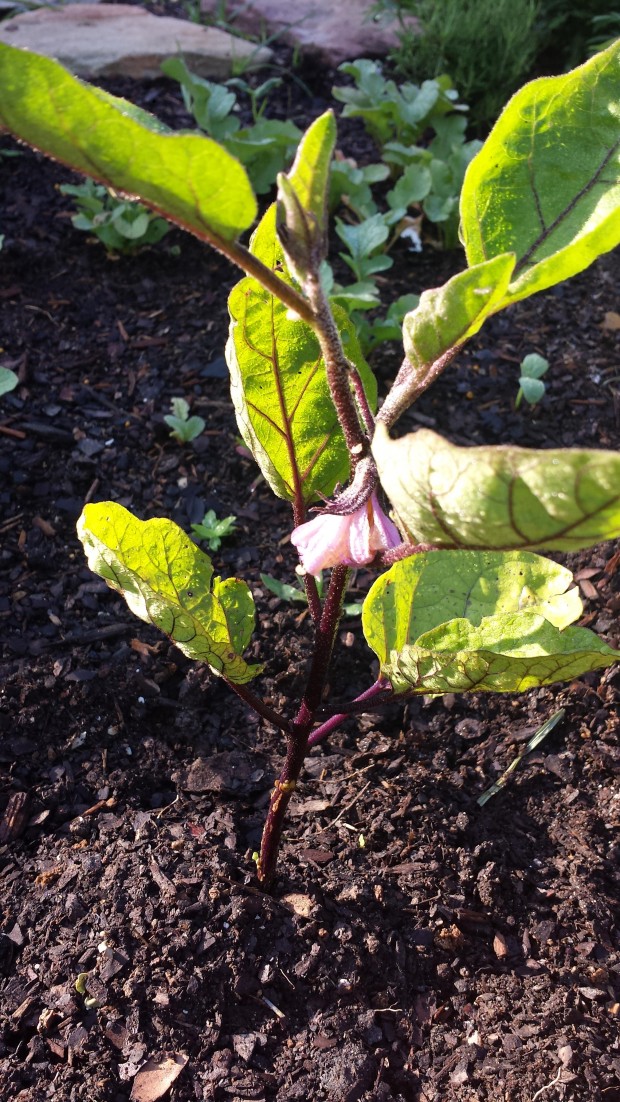 And finally: eggplant. I am the only one in the house who will eat these willingly. That’s fine with me.