I spent part of last week in Atlanta, visiting some of my favorite people, places and things. I love that no matter where I go and what I do, I always manage to find a bit of France. This time: It was Napoleon III in all his mustachioed glory.

Napoleon III and Other Stories 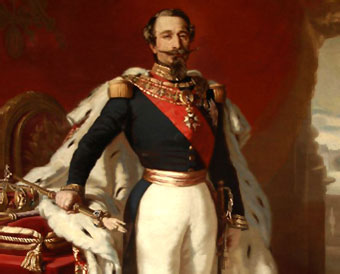 See this guy and his well-waxed mustache? This is Napoleon III, emperor of the French Second Empire and I devoted a couple of years of my life to learning all about him, his era and a wild-haired architect whose life had a rags-to-riches narrative arc. You may find that wildly impractical, but to me, it made and continues to make good sense. Having spent so much time reading about this particular Napoleon, I was pleasantly surprised to see that he got a shout-out in “Mad Men” two weeks ago, when the creative team was brainstorming ideas for a new margarine account. I am probably one of the few people on the planet to realize that the shout-out was not quite right. In the show, Peggy said that margarine was invented by Napoleon III, who wanted to create a butter substitute for his army that wouldn’t spoil. What actually happened is that the price of butter skyrocketed and in 1869 Napoleon III offered a prize to anyone who could create a more affordable butter substitute.  A chemist by the name of Hippolyte Mege-Mouries created a process for churning beef tallow with milk to create what became known as oleomargarine. Although Mege-Mouries won the emperor’s prize, the French never took to the product and so in 1871, the inventor worked with a Dutch firm that bolstered the product’s appeal by dyeing it yellow. The rest, as they say, is history.

But I still prefer butter.

I moved across town recently and am slowly (but gratefully) digging out and trying to get a reliable wifi signal. I christened the new kitchen the other night by cooking a tasty, improvised (and fairly easy) tilapia dish. I don’t have pictures, but I can give you a rough idea of the recipe and promise you that it is good. Preheat your oven to 350 degrees. Coat a baking dish with olive oil and put four tilapia pieces in it. Season both sides with salt, freshly ground black pepper and parsley. Then, squirt the juice of one lemon over the fish and then pepper it with capers. Bake for 15 minutes and serve with a green salad. Next recipe I post will have pictures and specific steps and all the other things that make blog posts worth a damn. For now, just take my word on this, try it, and let me know what you think.

* Amy Haimerl’s The Detroit House: Amy is a business journalist. Her husband is a jazz pianist. They bought a big old house with a great history and are trying to renovate it without killing each other. She’s writing about the experience with great humor and transparency, all against the backdrop of a city that is undergoing a renovation of its own. Great story here. You should check it out.

* Katherine McCoy’s Paleo Living in the Crescent City: Katherine is a marketing professional in New Orleans and a former swimmer for Tulane. Part of the fun of her blog is watching how she tries to pursue this healthy, paleo lifestyle in a city where indulgence is always just around the corner. Her discipline is amazing and her dog Pearl is super-cute.

I’ll leave you with this view from my new backyard: 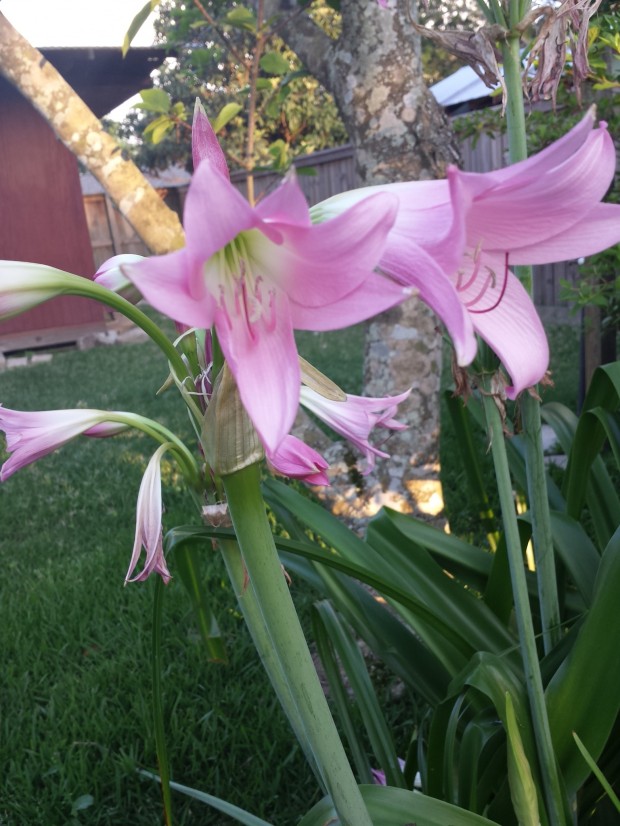