Seabiscuit was an undersized, crooked-legged horse who was a champion napper. After years of floundering in the lowest ranks of horse racing, he was snapped up by a trainer and owner who understood him and who handled him so well, that he became an inspiration to a country that needed to see that the little guy could win.

Seabiscuit was a little horse with a big heart.

I’ve always loved this story and I have a bad habit of forcing Laura Hillenbrand’s masterful Seabiscuit: An American Legend on anyone who says they haven’t read it.

But I also turn to Hillenbrand’s book (and the above video of Biscuit’s historic match race with the Triple Crown winner War Admiral) at times when I need to remind myself that I have everything I need to cross the finish line, perhaps even by a couple of lengths. It is not easy, but as I’ve learned this past spring, it also helps to have a fantastic jockey…or at least some savvy people in your corner who can help you find the right, well-packed path.

I have no way of knowing how certain things will or won’t unfold. But I’ve dog-eared this account of what Seabiscuit’s jockey George Woolf did the night before his mount was to blaze around the track at Pimlico, leaving War Admiral far behind. Seabiscuit didn’t do well in the mud, but Woolf was determined to find a way to overcome that.

A lone figure walked out onto the Pimlico dirt, clutching a flashlight. It was Woolf. The rainwater had not fully drained from the track, and he was concerned that Seabiscuit might struggle over the dampness. “Biscuit likes to hear his feet rattle” was how he put it. Turning down the lane, the jockey weaved back and forth, sweeping his flashlight beam from side to side, hunting for the driest, hardest path.

At the top of the homestretch Woolf stopped, testing the footing. In the soil beneath his feet, he could feel a firmer strip, the print of a tractor wheel that had lately rolled over the surface. The path was obscured by harrow marks. Walking the full length of the track, Woolf found that it circled the entire oval, a few feet from the rail.

He knew what he would have to do when the bell rang the following afternoon. “I figures to myself,” he said later,” “’Woolf, get on that lane and follow it.’” In the darkness of the last night of October 1938, George Woolf walked the course until he had memorized the path of the tractor print. Then he quickly stepped off the track.

“I knew it,” he said later, “like an airplane pilot knows a radio beam.”

— from Seabiscuit by Laura Hillenbrand

Has there ever been a time in your life when someone has stepped in to show you the right, and well-worn path, for whatever reason? If so, when was that time, who was that person, and what was the ultimate result? Or, is there a story you turn to in order to get you through certain times in your life or projects that may bedevil you? What is that story and why does it appeal to you? Let me know in comments.

Postscript, August 12, 2015: Many thanks to Jane Dystel and Miriam Goderich for helping me find that tractor print. Now I’m off to the races and I couldn’t have done it without their guidance and support. 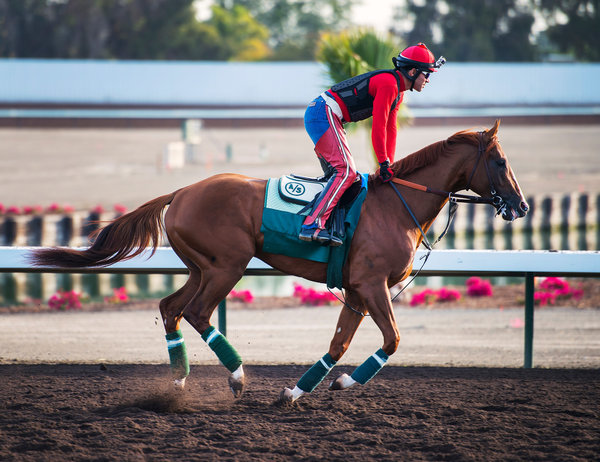 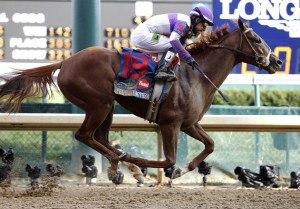 I’ll Have Another will not become the 12th Triple Crown winner. The three-year-old colt was scratched from today’s Belmont Stakes when his trainer Doug O’Neill discovered a swollen tendon in his left front leg. The horse could have raced, O’Neill said, but it would have been to his detriment and so he was promptly retired from the sport. I’ll Have Another will lead the post parade this afternoon before returning to Southern California tomorrow or Monday.

Race horses cost anywhere from $200,000 to a few million dollars. Owner J. Paul Reddam purchased I’ll Have Another last year for $35,000, a relative bargain. Although the pony may not have had a big-name pedigree, he came from horses that were not only speedy, but had great stamina, a trait that would have served him well in the mile-and-a-half-long Belmont. Furthermore, the horse bore a striking resemblance to Seabiscuit (another West Coast horse who inspired a nation and went into retirement with a left front leg injury…before making a big comeback) ; he had a big heart and hated to lose.

One wonders what might have been. And one hopes that history does not forget this horse and its surrounding cast of characters. People love underdogs. In February of this year, I’ll Have Another was an unknown horse with a no-name jockey that won the Robert B. Lewis Stakes with 43-1 odds. Within months of that victory, he became a rock star. In honor of I’ll Have Another, here are some odds and ends about him, Seabiscuit and horse racing in general:

Sometime during my first year of graduate school, I sat up late one night wondering whether I had it in me to cross the finish line. I was tired. I was uncertain. I missed my usual level of contact with family and friends. I dreaded another week of 1,000+ pages of reading. I could not bear the thought of another paper that analyzed a book’s argument. I questioned why the hell I ever left Atlanta, moved to Louisiana and did this to myself and family too.

All of this over a dead Frenchman, but we’ll get to him at another time…

Across town, one of my classmates was suffering a similar bout of existential blues. That night, we exchanged inspirational You Tube videos featuring a battery of knockout punches, rah-rah speeches and the like, anything to spur each other on and remind each other that we could do it. One of the videos I sent him was the 1938 match race between Seabiscuit and War Admiral. War Admiral was a Triple Crown winner and the odds-on favorite to win. Seabiscuit was a plucky little pony from the West Coast, a horse whose never-say-die style inspired Americans during the Great Depression.

There have been times when I’ve wanted to quit, drop out, say “enough is enough,” but I’ve kept going. I had faith that down the stretch I could make it across the finish line if I just kept digging. Some people have stuck by me throughout this process and cheered me on when I’ve fallen behind. For that I am grateful. Others have proven themselves to be less understanding. And you know what? That’s okay too. The finish line is so close I can taste it and as hard as this race has been, I can be proud of what I’ve accomplished so far and excited about what lies ahead.

I still have a final and a thesis defense before me, but I’ll take everything one length at a time.

In the meantime, I’ll be inspired by I’ll Have Another, a pony with Seabiscuit’s heart (and Left Coast successes), who took speedy Bodemeister by surprise this past weekend at the Kentucky Derby: