Gerald and Sara — Many Fetes 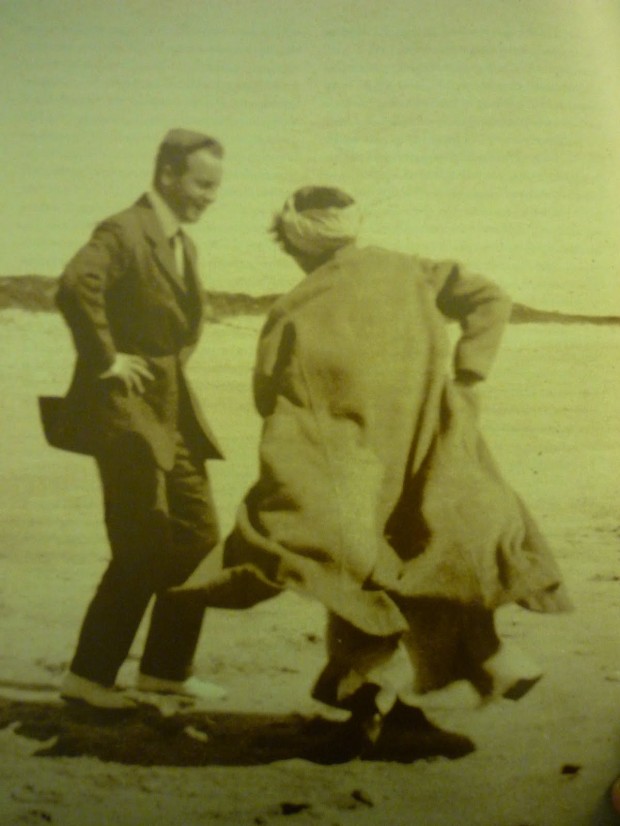 I’ve been preparing a new class for LSU Continuing Education that I’ll teach this fall about the Lost Generation. Although it will discuss how World War I impacted the mindset of people in this time and influenced creative disciplines from writing to painting and dance to theater, it will also look at some of the personalities that became so famous — and infamous — during this era.

Obviously, my class will hear about Ernest Hemingway, F. Scott Fitzgerald and Gertrude Stein. But it will also learn about Pablo Picasso, Man Ray, the Ballets Russes and many others that were pushing the creative envelope in one of the world’s greatest cities — Paris, France. And it will also learn about some lesser-known, but no less influential folks, like the dancing couple up above. They’re Gerald and Sara Murphy, they were American and well-to-do and they mingled with pretty much everyone who was anyone creatively during this period. Ever heard the saying “Living Well Is The Best Revenge”? Well, Gerald Murphy coined it, and anyone in the Murphys’ orbit knew that few lived better and more interesting lives than that particular duo. Random facts about them: They were perhaps the first people in France to own a waffle iron, they had one of the best private collections of African-American spiritual music (which they sang in perfect two-part harmony at their cocktail parties), and they used to enlist Man Ray to shoot their family portraits.

Here is a 1962 profile written about the couple in The New Yorker.

The bottom line is that these were people you really needed to know. And I can’t wait to introduce them to my class in September.

One of the reasons why I can’t wait to talk about the Murphys is because you don’t really hear about the them a lot, unless you read very deeply about the Roaring Twenties. But you might have come across them (sort of) and not realized it, if you’ve ever read F. Scott Fitzgerald’s 1934 novel Tender Is The Night.

Many scholars agree that Fitzgerald modeled Dick and Nicole Diver after the Murphys for about the first half of the book, recreating their very charmed life in Paris and on the French Riviera for his readership. In the second half of the book, the Divers seem to become an entirely different couple and I’ll be talking about who that couple was and why scholars seem to think Scott seemed to have no qualms about such a mashup in his manuscript. He dedicated his book to the Murphys, but when they first read it, they felt betrayed.

One year after Tender’s publication, the Murphys were undergoing a terrible family tragedy. At that time, Gerald wrote Scott, saying “I know now that what you said in Tender in the Night is true. Only the invented part of our life — the unreal part — has had any scheme any beauty. Life itself has stepped in now and blundered, scarred and destroyed. In my heart I dreaded the moment when our youth and invention would be attacked in our only vulnerable spot…”

The Murphys have a wonderful and ultimately tragic story that I look forward to telling in about a month and a half from now, one that provides an interesting framework for a time and a people who may have felt likewise blundered, scarred and destroyed. If you’re in the Baton Rouge area, I hope you’ll consider taking the class to find out more about them. If not, please stay tuned here as I share anecdotes, pictures, videos and music that I’ll be featuring in the class.

And if you have any questions, please don’t hesitate to ask away in comments.