Notes Before a Book Launch

Last week a friend of mine asked me what it was like to have a book out in the world.

I told her the truth: It is a dream come true! 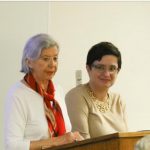 By the same token, I felt I had to dispel any storybook or Hollywood notions of what it was like to be a published author.  For me, the story is really the story. Not me. But in case you were wondering, here’s how author life is treating me so far: I’m a 44-year-old woman who has developed a bad yoga pants habit and I’m frustrated because I’m breaking out on my chin.

How are you doing?

One of the best bits of advice I’ve gotten from a fellow writer was to stay busy during the down or quiet periods that inevitably come during the publishing process. For example, when my book proposal went out during the summer of 2015, I planned a new class for LSU Continuing Education and spent tons of quality time with my daughter, who was out of school.  After various deadlines, I’ve poured myself into things such as my vegetable garden, a new book idea, and a long-talked-about plan to knit a unicorn (because I think the world needs more of them, only not in Frappucinos). These are just a couple of examples of how I keep myself out of trouble when things are quiet and my head starts playing “what if…” games with me.

At the end of the year, I decided to take staying busy in a new direction. My daughter was taking voice lessons and eventually I decided to do it too.

Now I’ve always been someone who sings along, or makes up songs on the fly. But my singing has been more earnest than good, so I decided that a little self-improvement couldn’t hurt. I took one lesson just to see what it was like, then loved it and took more. I have no visions of hitting the Broadway stage, or anything of that ilk, but I have been singing torch songs, show tunes, and…most recently…classical music.

In French, no less.

Here’s a clip of the latest song I’ve been working on, sung by someone who isn’t me (because I’m not quite ready to get that weird on you just yet):

Yes, I’ve been waiting lately, because although you can buy my book online right now, it is not officially out until June 1. If you have bought the book already, again, thank you so much for your support. When you’ve finished reading, please leave a review on Amazon, Goodreads, or other online retailers, so other readers know what you thought. Reviews really help authors, so if you could take a moment to leave one, I’d really, really appreciate it. Many of you have posted pictures of the book in your homes, cars and offices. Please keep those shots coming and tag them #inthewild #thegeneralsniece when you share.

I’ll be on the road in June, so come catch me in these cities, or follow along on Facebook, Twitter, and Instagram, if you can’t be there in person, or don’t see your hometown on my schedule yet.

Have a question about publishing, the book tour, The General’s Niece, or anything that may be on your mind? Don’t hesitate to ask me in comments and I’ll address your question in a future post.