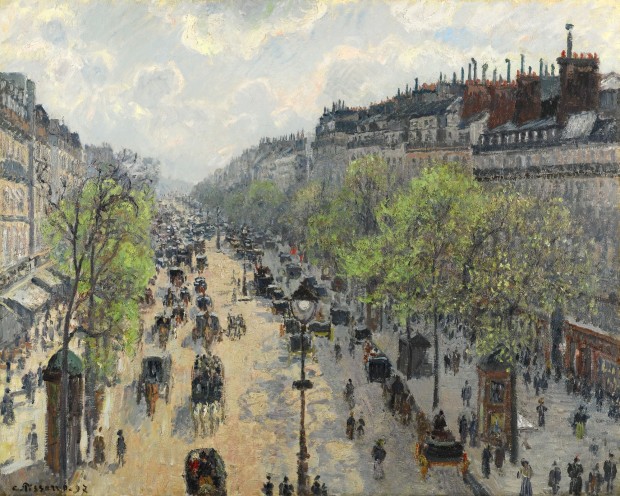 I’ve been working on an item about art restitution that’s tied to the recent release of “The Monuments Men,” the real-life story of international art experts sent to recover and return artworks stolen by the Nazis during World War II. The piece is also tied to the recent sale of Camille Pissarro’s impressionist masterpiece, Boulevard Montmartre, matinee de printemps (pictured above). Impressionist paintings have an enduring allure, but this one sold yesterday for $32.1 million in London in part because of its restitution backstory. It was once owned by Max Silberberg, a Jewish industrialist who was forced by the Nazis to sell his collection of 19th and 20th century art. Silberberg later died in the Holocaust and it took his family decades to find his prized Pissarro.

Governments are among the organizations dedicated to unearthing pilfered pieces such as these. Auction houses such as Sotheby’s also have their own restitution groups dedicated to researching all works consigned to them that were created prior to 1945 and working with a variety of interest groups to broker deals on this art.

“Often there are really two victims: the person from whom it was stolen and the institution or person who bought it in good faith,” Sotheby’s specialist Philip Hook told The Wall Street Journal recently.

I’m looking forward to seeing Monuments Men soon. What about you? 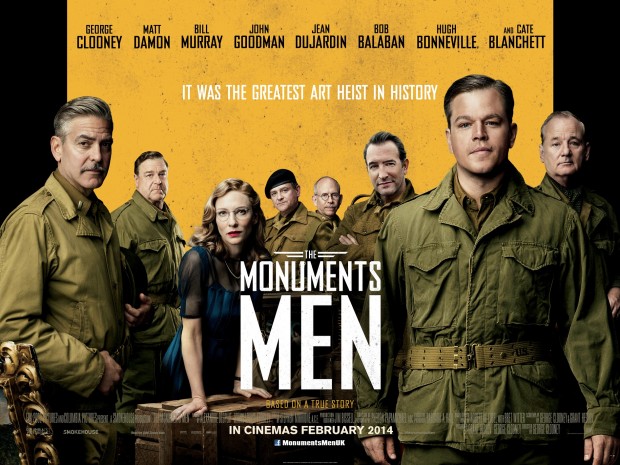 For more on this topic:

*Here’s a feature about why restitution had such cinematic appeal.

*Here’s a story about how Robert Edsel, author of The Monuments Men, turned his obsession into a movie.

*Here’s an interesting read about how a slice of Edward, Prince of Wales and Wallis Simpson’s wedding cake was auctioned off for $29,000.