One of the many things I love about working with David Montague is that we have these conversations that are full of things we want to manifest on his mother’s behalf. Some of those things have come true, and other things, well, we’re still waiting on them to come true.

This morning, David was in Pine Bluff Arkansas, where Pullen and Linden Streets were officially renamed Jordan-Montague Way. Why this is significant: this is the site of the original Merrill High School, where Raye graduated in 1952. If you’ve read the book, you know how and why Raye sang this school’s praises even late in her life (If you haven’t read the book yet, please do, so you can understand why this school was so special). So it’s touching that this street now bears her last name, as well as the last name of Massie D. Jordan, who was the principal from Raye’s last year there until 1980.

A special, heartfelt shoutout to Rosie Pettigrew, a 1967 Merrill graduate who not only organized the school’s reunion last night, but convinced the City of Pine Bluff to rename the street in time for it. Here she is with David last night. 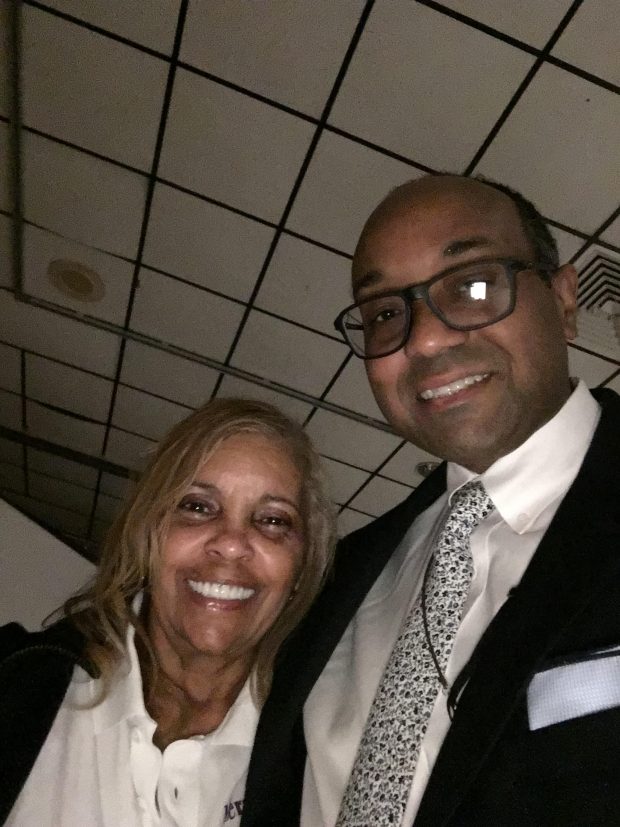 Thank you, Rosie, for making sure people in Pine Bluff never forget about Arkansas’s own Hidden Figure.

Raye Montague’s Struggle in the South

Last week, David Montague and I finished a run-through for a big virtual book talk we would be giving at University of Arkansas at Little Rock Downtown. The talk incorporated some archival items David and his family gave to the Center for History and Culture that are now on display. At the end of the run-through, UALR Downtown director Ross Owyoung asked us if we wanted to see the exhibit, and David and I both said yes, of course. So Ross grabbed his laptop (where I was connected via Zoom) and walked into the gallery with David.

At the time, the room’s walls were covered by a curtain, and as moving as it was to see Raye’s life in exhibit form, I wondered what the curtain concealed. So I asked Ross about it, and he asked me if I knew who Joe Jones was. I did not. Ross pulled back the curtain to show us the incredibly thought-provoking, 44-foot by 9-foot mural Jones painted called “Struggle in the South.” Completed in 1935, the mural is one of Jones notable protest works about the Jim Crow era, as it depicts black coal miners, sharecroppers and a lynching.

“I’m not interested in painting pretty pictures to match pink and blue walls,” Jones said in 1933. “I want to paint things that knock holes in walls.”

Without question, the mural — which has been lovingly restored by UALR — packs a punch. As David looked at it, and thought about it for a minute, he turned to Ross and said the mural shouldn’t be covered at all. After all, his mother’s life was part of the struggle Jones depicted, and so the two elements should be in conversation with each other, so to speak.

If you’re in Little Rock, I hope you can stop by UALR Downtown between now and March 31 to see what I’m talking about. Even if you miss the exhibit about David’s mom, this mural will remain in place, and is definitely worth your time.