World War I and Veterans Day 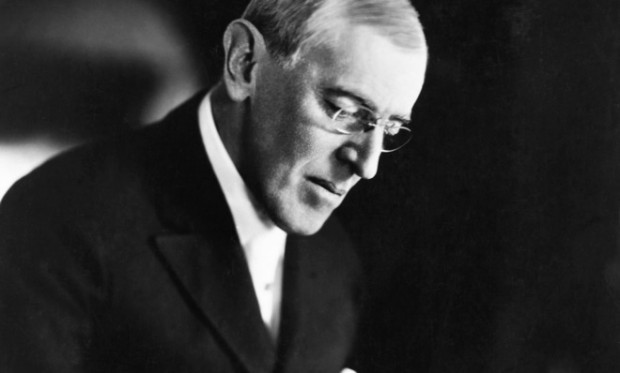 World War I ended on November 11, 1918 and a year later President Woodrow Wilson honored the nation’s veterans with the first Armistice Day. Wilson said that the holiday, now known as Veterans Day, would give people cause to reflect on “the heroism of those who died in the country’s service . . . because of the thing from which it has freed us and because of the opportunity it has given America to show her sympathy with peace and justice in the councils of the nations.”

As we pause to reflect on the sacrifices of American service men and women, Europe prepares for the centennial of “the war to end all wars.” Yesterday, The New York Times featured a travel piece about the “rich tapestry of events” planned at museums and battlefields such as Verdun. The BBC reported that war buffs will lead to big business in places like Ypres, Belgium, which is seeing a boom in hotel construction and memorabilia. And, various groups have begun collecting and digitizing pictures, letters, postcards and other souvenirs from the conflict in order to explain its long-term impact on the modern world.

Curious about World War I? There has been a library’s worth of books written on the subject. But here are ten tomes to get you started:

1. The Proud Tower: A Portrait of the World Before The War by Barbara Tuchman: Tuchman explores the quarter-century before the war’s outbreak, tackling the haves and the have-nots, the decline of the Edwardian aristocracy, the music of Richard Strauss and Igor Stravinsky, the Dreyfus Affair and more.

2. The Sleepwalkers: How Europe Went to War in 1914 by Christopher Clark: Clark looks at the events and relationships that led Europe and the world into a brutal conflict.

3. The War That Ended Peace: The Road to 1914 by Margaret MacMillan: MacMillan’s recently published history is another exploration of the march toward war, exploring how a continent awash in peace and prosperity could wind up in a fight that transformed the modern world.

4. The Guns of August by Barbara Tuchman: This beautifully written, Pulitzer Prize-winning classic recounts in vivid detail the very first month of fighting, showing how it shaped the course of the entire war.

5. Catastrophe 1914: Europe Goes to War by Max Hastings: Hastings blames Germany for the war’s outbreak and argues that the country’s defeat was vital to the freedom of Europe.

6. All Quiet on the Western Front by Erich Maria Remarque: Billed as “the greatest war novel of all time,” it is the fictional account of a German soldier who faces the war’s horrors and vows to fight against the hate that has meaninglessly pit him against other young men of his generation.

7. To End All Wars: A Story of Loyalty and Rebellion 1914-1918 by Adam Hochschild: Hochschild’s New York Times-bestseller asks why so many nations got swept up into the violence of the war, why cooler heads couldn’t prevail, and whether we can avoid repeating history.

8. The Price of Glory: Verdun 1916 by Alistair Horne: Horne looks at the ten-month battle that claimed the lives of 700,000 men, showing how the fight was less about defeating the enemy and more about bleeding him to death.

9. The Great War: July 1, 1916. The First Day of the Battle of the Somme by Joe Sacco: Sacco, a cartoonist, depicts one of the most infamous days in the war wordlessly with this 24-foot-long panoramic drawing.

10. Paris 1919: Six Months That Changed The World by Margaret MacMillan: MacMillan looks at the men and women who converged on Paris after the war in order to shape the peace.

Again, this is by no means a comprehensive list of the World War I-related titles out there. Anything I missed that you love? If so, what is it and what makes it great? Please let me know in comments. Or, share your thoughts about what Veterans Day means to you.