On My Mind: The Francophile Edition

Time Differences Since returning to the United States on Saturday night, I have struggled to get back onto Eastern Standard Time. Right now, I am uncertain whether it is more unfortunate to have my interior clock so askew, or to be in Atlanta instead of Paris, France. Perhaps it’s a little of both.

Charcuterie We lived across the street from the best charcutier in Paris, I’m told. And so, right around 5 p.m. every day, I’d pick up cured sausage and some cheese, before heading next door to a boulangerie for a baguette. Then, we would have a little snack before dinner each night, the windows of our apartment wide open so we could hear the sounds of opera floating up through the courtyard from an apartment down below.

Jardin du Luxembourg When I was visited Paris for the first time, some 16 years ago, I just thought of this place as a pretty park, full of statues, gardens and locals contemplating Lord-knows-what as they sat in its signature green chairs. Now I view it as a special little part of a Parisian childhood, replete with a pristine playground, pony rides, puppet shows, toy sailboat rentals and a gorgeous, well-worn carousel. My daughter fell in love with the place and we frequented it in between trips to the museums and such because it was within walking distance of the apartment we rented for the week. Added bonus: I do think it’s fairly civilized that one can purchase a champagne cocktail (if one so desires) a mere stone’s throw from the carousel.

Charles Garnier During an outing with one of my daughter’s similarly princess-obsessed friends several months ago, I (for some reason) declared them both “pink-eating sparkle freaks.” The mother of said friend told me yesterday that she felt Paris was an ideal city for sparkle freaks because of its gilded gorgeousness. So if anything embodies that ethos, it is the Palais Garnier, which is home to the Paris Opera Ballet. Completed in 1875 by Garnier, who was until then a little known architect, the building is jam packed with gilded this-and-that, sculptures and frescoes, red velvet accents and a ceiling that was painted by Marc Chagall. My daughter, a ballet student, looked at the stage in awe and told me: “Mom…I have something to say to you…I want to dance here someday. But if I dance here, will you still be my mom?” I replied: “Honey, when you dance here, I won’t just be your mom, I’ll be your roommate.” Later, I learned that Garnier was also responsible for the carousel she fell in love with at the Jardin du Luxembourg. So he has a special place in my heart right now too.

Shakespeare and Company I’m not going to forget this place and am eager to return. Perhaps it’s the wide-ranging stacks of new books downstairs. Or, perhaps it’s the upstairs library with its stacks of older books that once belonged to writers such as Jean Paul Sartre and Graham Greene. Going here was pretty much a religious experience for me, punctuated by hearing Dave Eggers speak there at the end of the week. I’m still absorbing it, I think…

These snippets, of course, don’t sum up the entire week in my favorite city. But they give you a taste of what I experienced. Here are a few more tastes… 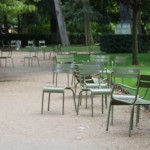 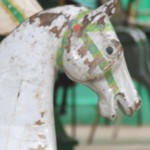 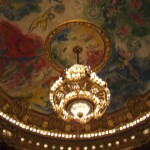 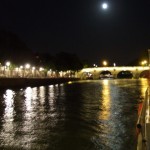 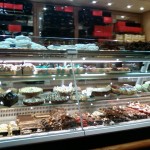 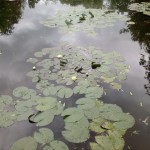 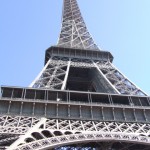 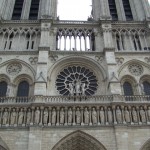