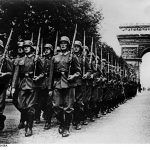 An Event that Inspired a Young Patriot

Seventy-seven years ago this week, German troops stormed into Paris, began their wartime occupation of a portion of France, and inspired a little-known French general to implore his countrymen to keep fighting. That little-known French general was named Charles de Gaulle, of course, and he would later become his country’s president. But during that summer of 1940, his words ignited the flame of French Resistance in the heart of his 19-year-old niece, Genevieve, who became one of his most loyal foot soldiers and risked her life in the process. I tell Genevieve’s story in The General’s Niece, and so far readers say they love this tale about an indomitable heroine who “fought the good fight” until the end of her life. I’m grateful for the reader feedback I’ve gotten so far on Amazon and Goodreads, so if you’ve read the book and would like to share your thoughts, please take a minute to add your review to one or both of these sites. Word of mouth like this helps readers find great new reads, but it also helps authors like me get found by bookworms too. So please make like they did in the resistance and spread the word! 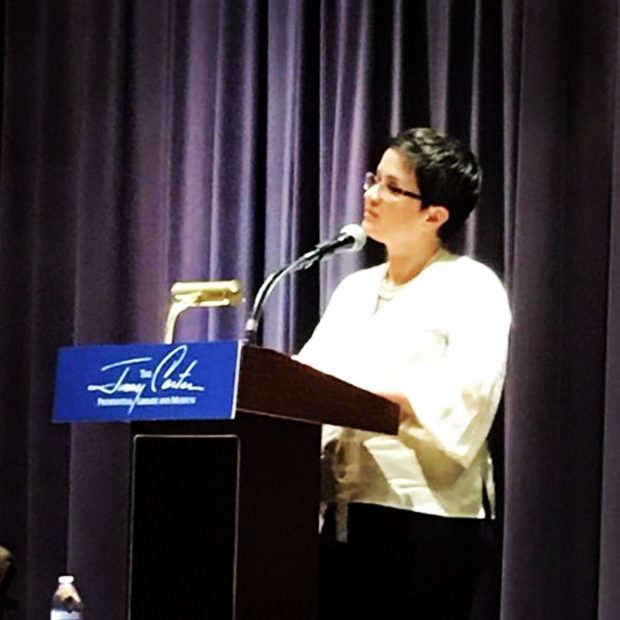 Speaking Monday, June 5 at the Carter Presidential Center and Library.

I’ve been on the road since June 1, and have met amazing folks at my first five signings. One man actually met Charles de Gaulle. One woman’s father was in President de Gaulle’s diplomatic corps. One woman met Ozzy Osbourne, which I know has absolutely nothing to do with the book, but it is no less riveting. There have been book groups, and librarians, and history buffs of all stripes. I’ve talked about visiting Paris, encouraged people to write that book they’ve been thinking about, sung the praises of a good Bordeaux, and told an old family friend that I hadn’t seen in years that I was 21 years of age. That was a fun little fib (and he knew it…because a lady never reveals her true age, especially when asked), but the bottom line is that I’ve been having a great time meeting readers and hearing their stories as I sign this dear little book of mine.

Come see me on tour! Here’s where I’ll be next. More events are coming, but the latest news is that I’m proud to add the Louisiana Book Festival to my fall lineup.

Media and Other Stuff

This week, I did my first radio interview with Susan Larson, host of The Reading Life. She sent me a friendship request on Facebook prior to our chat, so she cleverly sifted through a lot of my nonsense there, finding out about the brand new pair of red cowboy boots I bought at Allen’s Boots while I was in Austin, for example, and a whole host of other things. She’s based in New Orleans, and I’m based in Baton Rouge, but one thing we both know is that we need to meet in person soon. I can’t vouch for myself, but she sure is good fun. If you want to hear our chat, tune in to WWNO in New Orleans Tuesday, June 20 at 1:30 p.m., Friday, June 23 at 7:30 p.m. or Sunday, June 25 at noon. You can also subscribe to the podcast on iTunes or at NPR. 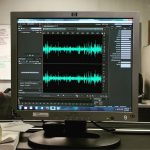 What it looks like to talk to Susan Larson about your book.

Wednesday morning, I went on a little stealth operation in Baton Rouge, leaving seven copies of The General’s Niece in Little Free Libraries throughout town. Bookworm that I am, I’ve always loved the Little Free Library concept, because anything that increases access to books and creates community connections is a very good thing. Consider this a little gift to my hometown, if you will. So if you’re looking for an inspiring summer read and are up for the scavenger hunt, go over to the Little Free Library website, pull up the Baton Rouge map and see if you can figure out where I’ve left these little presents. Then, read, enjoy and spread the word with your friends and loved ones. If you’re on social media, you can tag anything you say about the book #thegeneralsniece, all the while being sure to give me and my publisher Twitter shout-outs at @paigebowers and @chireviewpress respectively.  Word on the street is that you just might win something if you do… 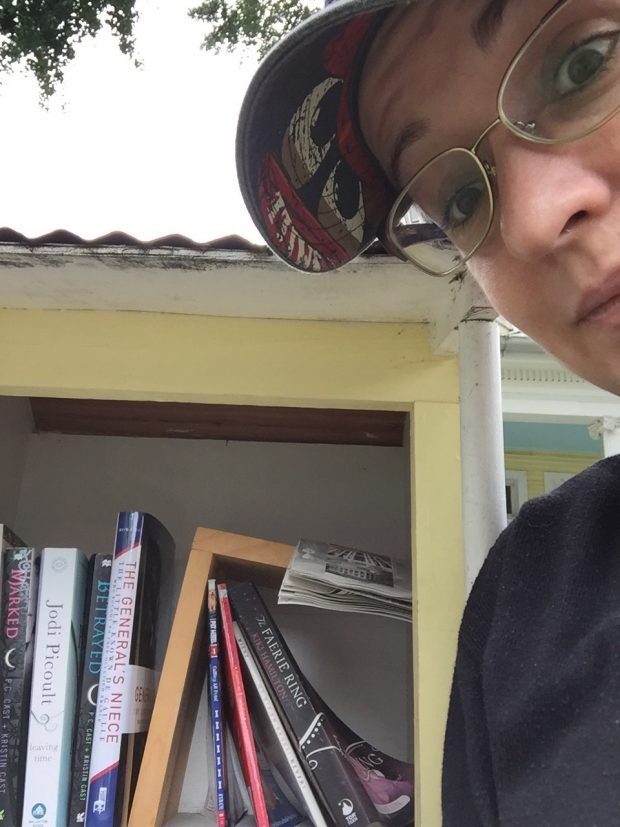 No makeup, no dressy clothes, no problem. Here’s me on my stealth book drop mission this week in Baton Rouge.

Today, I was interviewed by Chris Gondek, host of The Biography Podcast, which is available on iTunes. Chris is a good interviewer and great advocate of women’s biographies, which he believes get short shrift. I was very glad to talk about The General’s Niece with him this afternoon, and look forward to hearing the interview when it’s available. He says it should run by July 1, so I’ll be sure to share it when it’s live.

As always, thank you so much for the support you’ve given me since this book’s release. I really appreciate it and love hearing from readers about The General’s Niece. Please don’t hesitate to email me from this site with any questions or comments you may have. You can also shoot me messages on Twitter or Facebook too!